The Nexus 4 has it all as far as most Android users are concerned. A gorgeous slim design, a sharp display, enough power and RAM to run games and Twitter with ease, and those critical sparkly bits on the back of it that give you something else to look at when you're done trawling your usual apps and feeds. 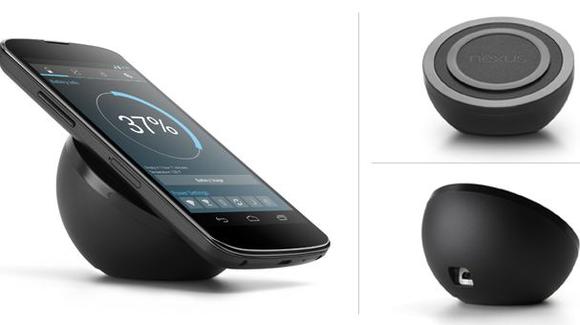 More importantly, being a Nexus device means it's always first in line for software updates direct from Google, so it always features the very latest pre-loaded apps and tools that other Android users have to wait for their makers to port across.

Currently the Nexus 4 is running on the 4.2.2 iteration of Google's mobile software, which is as new as it gets. We're also expecting Google to push out an updated version of Android quite soon, most likely version 4.3, over the coming weeks. But until then, get the most out of your current edition Nexus 4 by installing these ten top apps that further enhance Google's current Android flagship.

Download now from Google Play
One of the new additions within Android 4.2 that Nexus 4 owners can enjoy is the ability for some widgets to be installed on the lock screen, with the lock screen itself scrolling from left to right like the phone's actual desktop.

DashClock Widget replaces the default clock, also letting you select from a list of additional extensions that add more data to the lock display.

You can have your emails incorporated there, the weather, battery status, upcoming Calendar entries, SMS messages and more, all in a stylish, Android-like layout. It's the Nexus advantage in full effect.

Download now from Google Play
The Nexus 4 doesn't have the best physical camera in the smartphone world, but it does have Google's most feature-packed camera software -- including the impressive PhotoSphere tool that lets anyone create Street View style 360-degree panoramas by walking around in a circle and letting the phone stitch together the results.

Problem is, these PhotoSpheres are large, difficult to share and are usually only viewable through Google+, which is where SphereShare.net comes it. It lets you browse PhotoSpheres taken by other Nexus 4 users on your phone, giving you an instant gallery of staggering panoramas to leaf through and drop into.

Download now from Google Play
If you have been so absorbed by the act of slowly rotating on the spot to categorise your surroundings you want a constant reminder on your Home screen, install this.

It lets you set a PhotoSphere as your wallpaper, using left and right swipes to scroll it roughly in time with the screens it sits behind, and the phone's motion control sensors to move your "head" up and down.

Relive that great view or a 360-degree panorama of your bedroom with ease.

Download now from Google Play
The Nexus 4's very latest Android OS already comes with the excellent mobile Chrome browser built-in, so the only way to get an even more bleeding-edge, nerdy web experience is to install Chrome Beta.

It's a separate, standalone app, which Google uses to test new functionality with understanding users who don't mind the odd glitch. It means you get new features first, which is one of the big reasons people invest in Nexus devices in the first place.

Download now from Google Play
If your Nexus is your mobile news hub, you'll no doubt be gutted that Google's decided to close its Reader RSS feed tool by the summer of 2013.

This leaves a massive chasm in the world of desktop and mobile RSS reader apps, with few alternatives offering such a seamless RSS experience.

Fortunately, Feedly's just about there when it comes to matching Google's old Reader in terms of cross-platform reading, article syncing and sharing, plus it comes with a vastly superior design that borrows heavily from the stylish news aggregators like Flipboard and Google's own Currents app.

Download now from Google Play
This is a weird one, but it might change your life. Or at least change the sleeping part of it.

Twilight makes some very believable claims about the blue spectrum of light emitted by mobile screens, suggesting it's these that tell our brains it's the middle of the day -- despite the fact we tend to stare at our phones in the darkness before going to bed.

By eliminating the blue light from the screen output this app supposedly alleviates the effects of looking at a bright light in a dark room, helping your brain realise it's dark and therefore bedtime. In short, it might help you sleep better if you're in the habit of using your phone before bed, in return for using a red-tinted display.

Download now from Google Play
The Nexus 4 comes with stacks of filters and frames for making the best of still shots, but the video editor is stupidly simple, only letting users trim clips to create shorter versions of your pre-recorded films.

WeVideo adds loads more options to editing movies on the Nexus 4, letting users drag and drop videos onto a timeline to create long-form edits, add filters, drop in images and MP3s for use as a soundtrack, create titles and much more.

Google ought to buy it for a few hundred million and make it a standard thing.

Download now from Google Play
While Android users wait for Twitter's developers to release a version of video sharing app Vine for Android, there's this stylish alternative to practise on.

It's pretty much exactly the same as Vine, letting users record short clips, live, with the press of a button to start/stop recording, which are automatically compiled into tidy, looping edits, and chucked online to share through social sites.

There's some social network stuff built in too, but it's best used as simple a simple way to share small video files.

Download now from Google Play
There are plenty of third-party email apps competing for installation on your Nexus 4, plus the onboard generic Email option that comes as part of Android 4.2 is certainly worth using, too.

But this one's different. It syncs with a Gmail account and replaces Google's mail tools, giving you a simpler interface built around threaded messages that pop up in a modern Android-inspired layout.

A friend system lets you sort the humans from the automated notices that plague modern email, hopefully making reading messages less of a chore.

Download now from Google Play
Make sense of that mass of social networks, email providers and cloud services with Cloud Magic, which lets you search through all of them in one go.

The first task is the not insignificant chore of opening the app and separately signing in to everything again, but climb that mountain of tedium and you can then use its interface to search your Google account, various social networks, Microsoft's mail systems, Evernote files and more, all through one little search box.

Do it often and you have to pay for increased access, but the occasional rummage is free -- and there's a lock screen widget for ease of access, too.
Posted by Utkarsh Jain
Labels: app, nexus
Email ThisBlogThis!Share to TwitterShare to Facebook