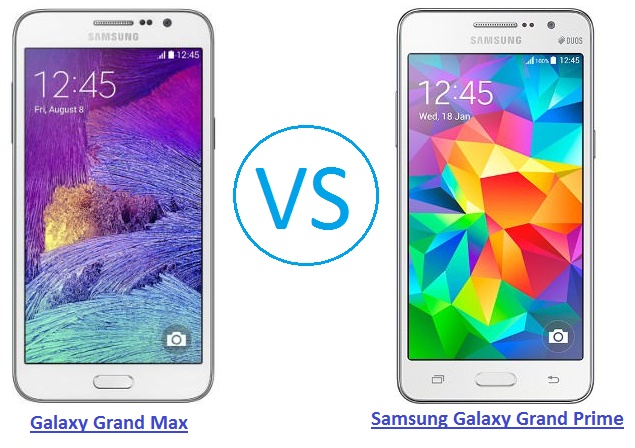 World’s largest smartphone manufacturer, Samsung has been offering a massive selection of budget as well as high-end phones. The company recently unveiled its latest flagships, and has been looking ahead to launch it in other markets with a bunch of offers. Even in India, Samsung’s domination has been growing at a great pace. The company currently holds largest market share, and has launched some powerful phones in the budget segment.

Galaxy Grand Prime 4G, one of the finest creations from the company was unleashed few weeks back with several launch offers. Although it’s not a major upgrade over its predecessor, but looks like, we might have an ideal player from Samsung around 10k. Since Grand Prime 4G comes at tempting at a price tag, would be buyers might confuse the new phone with another mind-blowing beauty from Samsung, Galaxy Grand Max. Its slightly expensive than Grand Prime 4G, but packs almost similar-specs with small tweaks in design language. So, in case you’re planning to buy any of these devices, check out our detailed comparison to know major similarities and differences running between them.

In terms of design language, Grand Prime 4G and Grand Max both look completely identical. Just like other Samsung handsets, both phones feature rounded corners, center-placed camera module, and a physical home button on the front-panel. The powerful Grand Max, on one hand, measures 146.10 x 75.00 x 7.90mm and looks fairly tall and slim, while Grand Prime 4G, on the other hand, weighs around 156 grams and gives a comfortable grip to the user. Both phones are fairly well crafted, and can easily cater all your needs without any glitches!

As far as display capabilities are concerned, Grand Max totally stands out against Grand Prime 4G. The powerful budget handset boasts a beautiful visual experience with its 5.25-inch HD display and performs much better than the qHD display featured with Grand Prime 4G. Whether you’re watching a full-HD video or playing a high-end game, Grand Max will deliver best viewing experience with rich color rendering and better contrasts. It features higher pixel density, and shows fine details with no color shifts.

Under the hood, Grand Prime 4G and Grand Max both feature identical hardware capabilities. Samsung has powered this duo with Qualcomm’s Snapdragon 410 processor with four cores clocked at 1.2GHz, paired with Adreno 306 GPU. Both phones deliver smooth and glitch-free performance, but Grand Max packs a punch with 1.5GB of RAM , and gives an incredible gaming experience in front of Grand Prime 4G with 1GB RAM.

On the software front, Grand Max and Grand Prime 4G run different iterations of Android with a big bunch of features. On one hand, the powerful Grand Max runs Android 4.4.4 KitKat, while on the other, the 4G variant of Grand Prime runs Android 5.1 Lollipop straight-out-the box. The TouchWiz interface packed with both phones is very clean, and gives a perfect ecosystem to switch between apps without any lags or issues. Although, Grand Prime looks slightly better the added material design elements and few more tweaks.

Just like display, the camera setup packed with Grand Max and Grand Prime 4G also creates a clear line of difference. On one hand, the 4G variant of Grand Prime ships with an 8-megapixel rear and 5-megapixel front-facing shooter, while on the other, the powerful Grand Max flaunts a superb 13-megapixel rear and 5-megapixel front-facing snapper. Both phones pack several camera features and capture 1080p videos at 30fps, but Grand Max, with a higher pixel count, looks much better for photography enthusiasts. Whether its low light or daylight, its image production stays right on the mark!

Even in terms of storage, Grand Max looks like a better choice over Grand Prime 4G. The textured beauty from Samsung ships with 16 gigs of inbuilt storage, and offers much more room than Grand Prime 4G shipping with mere 8GB of internal storage. The memory on both phones is expandable up to 64 gigs, but with double internal memory, Grand Max stands as a better options for gaming and music-freaks.

The only category in which Grand Prime 4G stands above Grand Max is connectivity. Both phones feature standard connectivity support with options like Wi-Fi, 3G HSPA+, Bluetooth, GPRS/EDGE, A-GPS, and micro-USB 2.0. But, as the name suggests, Grand Prime 4G comes with an added option of LTE connectivity, and gives lightning fast download and upload speeds without any issues. It gives smooth browsing experience, and serves well for those who always like to stay connected.

In terms of power efficiency, there is not much difference between Grand Max and Grand Prime 4G. While Grand Prime 4G holds sufficient amount of juice with its 2600mAh battery, its companion Grand Max stays right behind with a smaller 2500mAh battery. Both phones hold sufficient of power, and can easily cater standard and heavy-usage requirements. So, whether you’re at home, at work, or at office, both of these phones will hold enough juice to keep you connected with rest of the world.

The price tag given to Samsung Galaxy Grand Prime 4G and Grand Max is almost similar. Currently, the LTE-enabled beauty, Grand Prime 4G comes at Rs. 11,100, while Grand Max ships exclusively via Snapdeal at a bit higher Rs. 11,990. Like I said, there is not much difference in terms of pricing, and you can easily get any of these phones below 12k.

If you don’t need extreme internet speeds, go ahead with Samsung Galaxy Grand Max! This device features a decent language, comes at a tempting price tag, and performs better than most phones rolling in the budget market. Although, it lacks LTE capabilities, but can certainly give smooth browsing experience on Wi-Fi and 3G networks. In a nutshell, it’s a great phone from Samsung, and can certainly cater all your needs with an improved visual experience, faster processor, and increased RAM and ROM capabilities.

The article has been written by Kundan Srivastava, who is passionate about technology. He's working at 91mobiles.com and writes about the latest in the tech domain, right from devices to innovations. He recommends Samsung Galaxy Grand Prime 4G as a decent device.