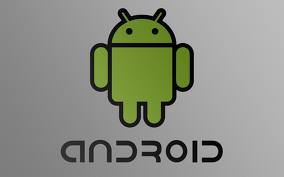 Android is the Linux based operating system designed primarily for touch screen mobile phones. Now a days android phones are so much popular that they covered almost 65% of total mobile phones market. Android phones provide great functionality over typical java enabled and Symbian mobile phones. They are rich in functionality as well as user friendly. Many android users don’t know much about the hidden features of android
phones. Today we are sharing an article which will tell you the best secret android tricks and hidden features of android phones. Different versions of android versions support different set of android tricks, so try all the following android tricks. I am not sure which will going to work on your handset.

1) Force reboot: Many times android users face a problem of freezing of mobile phone, In case your android phone is frozen, you can reboot it using an android trick.

2) Quick Google Access:
Android phones built primarily for internet, many of android users don’t know that android phones provide a way by which we can access Google search in just a single click. To use this android trick,

Press menu key and hold it for couple of seconds, it will launch the Google search.

4) Unlock android phones by face detection: This is a cool android trick by which you can unlock your phone by using face detection, In the jelly bean version, android provides a way by which android phone can be unlock using face detection, to make this feature more secure, jelly bean version added another layer of protection in which android phone can be unlocked only when the face is matched as well as we have to blink eyes in order to unlock phone. Blinking eyes tells the android security system that person is live and it’s not an illegal attempt of unlocking using a still image.
To activate this,

7) Hard Reset and Factory reset your android phone:
This android trick comes handy at the time of selling an android phone. Android phone can be formatted in two ways

a) Factory reset: In factory reset, your phone is being formatted to factory level. Means all the settings will go by default and all the internal data will be deleted. To factory reset a phone dial *#*#7780#*#*.

b) Hard reset: To hard reset a phone dial *2767*3855#, this will delete all the data (including internal and External SD data) as well as settings of android phone. Don’t try this code for testing purpose, until you are not sure. It will not ask for a confirmation.

8) Context menu in android:long press on the screen, will show you additional options for customizing android phones. This context menu is somewhat similar to the right click menu of most operating systems.


10) Android Version Animation:
This is another cool android trick to play with your android phone.
To use this android trick, Go to settings > about phone > Tab repeatedly on ‘Android version’.
After sometime, the android version will be animated.

If you are a jelly bean android user, then you can also check 5 secret android tricks for jelly bean users

What you think on above android tricks, kindly leave your valuable comments in comment box below.
Posted by Utkarsh Jain
Labels: tips n tricks
Email ThisBlogThis!Share to TwitterShare to Facebook