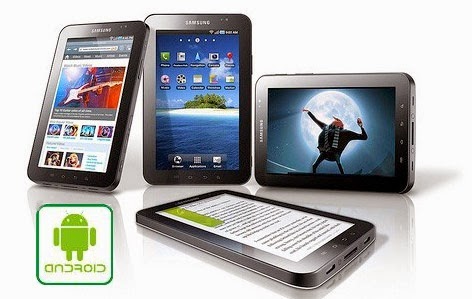 If you are planning to buy a new android based tablet and your are confuse which tab to buy...?

Then don't worry today i will hell you to choose the best of Android base tablet present in the market.There are currently a lot of Android tablets on the market to choose from, some of them come at great prices.

Anyway, if you have the money and you want to purchase a new Android tablet, choosing the best one to suit your needs is not an easy task . First of all let us see the things to be considered.

Things to be considered:


If we talk about the past, the tablets area was totally dominated by Apple with its iPad, but now this segment is shared with other big tablet manufactures, companies like Asus, Google, Samsung and many more.


In this article, I want to present you 10 tablets that I consider are the best tablets at this moment on the market. I won’t make a top and all the showed tablets are presented to give a starting point when you want to buy a tablet.
I will present you tablets with both 10 inch and 7 inch display.


The 10-inch Android based tablets have the price which is starting around $500, and the majority of them are coming with a powerful hardware resources and with full HD features display.

Samsung Galaxy Note 10.1 is a powerful Android tablet which comes with a 10 inch display and 1280*800 pixels resolution that integrated the PLS technology (Plane-to-Line Switching). This technology allow to improve the viewing angle, increasing the brightness control and performances, decrease the production costs and increase the image quality.


The CPU for Galaxy Note 10.1 device is powered by 1.4 GHz Exynos Quad-Core Processor, 16/32/64GB User memory and 2GB RAM memory, the user memory can be increase up to 64GB with the help of MicroSD availability. Its dimensions are 262 x 180 x 8.9 mm and 600g Weight for 3G model and 597g for WiFi model. The camera is a 5 Megapixel Auto Focus Camera main (rear) and 1.9 Megapixel Camera Sub (Front). The tablet comes with Android 4.0 (Ice Cream Sandwich) OS, and a Standard battery, Li-ion 7,000mAh. Also, it comes with an S Pen stylus accessory.

The Nexus 10 tablet is the newest tablet device from Google, and it is one of the most powerful Android based tablets. The Google Nexus 10 tablet has the world’s highest resolution tablet display; it’s about a 10.1 inch that’s supporting 2560*1600 pixels (300ppi) on a Super PLS TFT display with an ultra-powerful graphics processor.


The Google Nexus 10 tablet is built for speed. I said that because the Nexus 10 was built and created in partnership with the biggest Android devices producer on the wide world, the Samsung, and this tablet comes with a fast and stable dual-core ARM Cortex A15 processor and an advanced MIMO WiFi, especially created to offer a speed up for web browsing actions, more than 4x faster than a device with a normal WiFi connection.


So, such as the hardware performances, the Nexus 10 device comes with Exynos 5 Dual chipset based on two Cortex A15 cores 1.7 GHz, 6 GB/ 32 GB internal storage and 2GB for the RAM memory. A Quad-core Mali T604 GPU for its Graphics performances. Its dimensions are 263.9 x 177.6 x 8.9mm and it has 603g weight and a 9000 mAh Lithium polymer battery. Also, the Nexus 10 comes with Android 4.2 (Jelly Bean) and a lot of features such as Accelerometer, Gyroscope, Barometer, Compass and other. 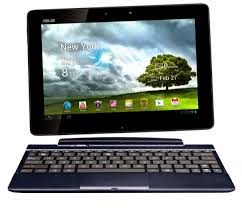 On the memory part, the Asus Transformer Pad TF300 comes with 1 GB of RAM and such as stored space offer up to 16GB for its internal storage. It has an 8 megapixel Auto focus rear camera and a 1.2 MP front camera. Also, the ASUS Transformer Pad TF300 has a supplementary Mobile Dock with full QWERTY Keyboard, that keyboard is optional.

In the features and OS sides we find for this tablet the Android 4.0 Ice Cream Sandwich (ICS) Operating system by default, and for the autonomy of its battery they obtain 10 hours; 22Wh Li-polymer and 15 hours with mobile dock; Dock: 16.5Wh Li-polymer battery. Moreover, it has G-Sensor, GPS, Light Sensor, E-compass, Gyroscope features.
Sony Xperia Tablet Z

It has been announced at CES 2013 for the first time, and it comes with 10.1 inches TFT, 16,777,216 colours and 1920×1200 pixels resolution with shatter proof and highly scratch-resistant glass features.
On the inside, the Xperia Z device comes with Google Android 4.1 (Jelly Bean) that is running on a 1.5 GHz Snapdragon S4 Pro Quad Core CPU. The memory for Xperia tablet Z is 2GB for RAM and for internal storage comes with 16 or 32 GB internal store place. For the dimensions side, it has 172 x 266 x 6.9 mm.


The Asus Transformer Pad TF700 is a great and amazing device, which can transform the tablet Android into a highly mobile home theater experience. It brings with a 10.1″ WUXGA Full HD 1920 × 1200 resolution display, and SonicMaster audio technology. Inside of its aluminum case box, they offer the most powerful NVIDIA Tegra 3 Quad-core 1.6 GHz CPU, 1GB of RAM and for the storage space it has up to 64 GB for its internal storage memory.

The ASUS Transformer Pad Infinity TF700 device has an 8 megapixels camera on the backside, a Front 2MP for video conferencing, and it comes by default with Android 4.0 Ice Cream Sandwich (ICS) upgradable to Android 4.1 Jelly Bean. Its dimensions are 263 × 180.8 × 8.5mm, and the weight is 598g. Also, we find E-compass, G-Sensor, Gyroscope, Light Sensor, and GPS supported and its battery is a 25Wh with a 9.5 hours autonomy for Pad only, and for Pad + Dock, it supports 25Wh+ 19.5Wh – 14 hours.


In this section, I will present you the 7 inch tablets which are chosen by the android users when they want to have more portability and mobility with their tablet. From a lot of 7 inch Android tablet devices, I will show you some of them that I consider are the best of 7 inch tablets on the market at this moment. The selection is made according to price performance ratio.


The GALAXY Tab 7.0 Plus comes with a slim 7 inch form and great portability for its users. The tablet has an advanced productivity and highest performances powered by the 1.2 GHz dual processor. It is especially designed to easily navigate on the internet, being equipped with Android Honeycomb 3.2 platform with TouchWiz from Samsung features.
It has a sleek design with 345 gm light weight that makes from this tablet a compact device which can be operated with a single hand. It comes inside of the box with 1GB RAM, and for the storage memory it offers 16/32 GB ROM which can be extended with the microSD card up to 32GB. The GALAXY Tab 7.0 Plus tablet comes with 2 camera, the back one is a 3 MP with LED flash and auto focus, HD 720 p Video recording and in the front side has a 2MP camera for conferences and video meetings. 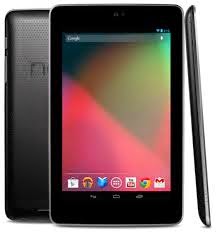 
This tablet has one of the best price-performance ratio. It is a 7 inch display tablet with a 1,280 x 800 pixels resolution and all day battery life. Also, it comes with more storage space to be a perfect mobile tablet for your trips.

It is powerful and truly portable, it comes with 32Gb of storage and offers a highly level of speed and performances. Nexus 7 is specially built to offer portability, speed and storage space.

It has a 1.2MP front-facing camera and by default it comes with Android 4.2 OS, 4,325 mAh batteries and a lot of features such Accelerometer, GPS, Gyroscope, Magnetometer, and Microphone.

The major advantage for Nexus 7 tablet is the price: it is starting at $199 for the WiFi-only 16 GB model.


Kindle Fire HD Tablet from Amazon has the most impressive-design 7-inch tablet display. It is an excellent solution when you want to buy a 7-inch Android tablet device. The main advantage is that the price is almost the same with Google’s Nexus 7.

Amazon Kindle Fire HD Tablet is a excellent android device and is coming with Android 4.0 by default with the best customization possibility for the User Interface. On the hardware resources part, this tablet is coming with 7-inch HD display capacitive touch with high definition colors for its screen (1280×800 pixels resolution), Dual-core 1.2GHz OMAP4460 CPU, 1GB RAM, and for the storage part has 16GB.


This tablet was made with special features for kids. Nabi 2 is a true tablet which comes with nVidia Tegra 3 Quadcore processor clocked at 1.3 GHz and such Operating System it comes by default with Ice Cream Sandwich 4.0 which means the Nabi is a very fast tablet. The purpose of this tablet is to entertain and educate kids.

With its features, the Fuhu Nabi 2 tablet allow its users to read e-books, on a 1024×600 resolution display, navigate on the internet with kiddified Web browsing, watching movies and TV, synchronize with the home desktop PC or notebook with a broad application named “nabi sync app”.

Its dimensions are 10.10 x 7.10 x 3.20 inches and come with a Lithium ion battery included. It has a Hard Drive 8 GB Emmc, and a Flash Memory 8 GB Size and additionally 2G of free nabi-cloud for storage. Suplementary, on the box we’ll find USB Cable, AC Power Adapter and a Quick Start Guide. 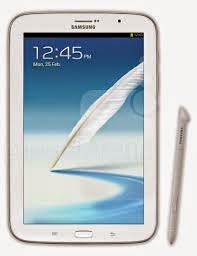 
The Samsung Galaxy Note 8.0 isn’t a 7” tablet. It showcases an 8-inch display, and it represents a perfect solution if you want to buy a portable tablet device.


I hope you are finding userful our selection with the best Android tablets for 2013. It isn’t easy to make a top 10 tablets, because there is a couple of Android-powered 10 and 7 inch tables on the market which can support almost any type of media content and features that exist at the moment.

If you have any tablet model suggestions related to the best tablets topic, do not hesitate to write us your opinion in our comments section .
Posted by Utkarsh Jain
Labels: tips n tricks
Email ThisBlogThis!Share to TwitterShare to Facebook