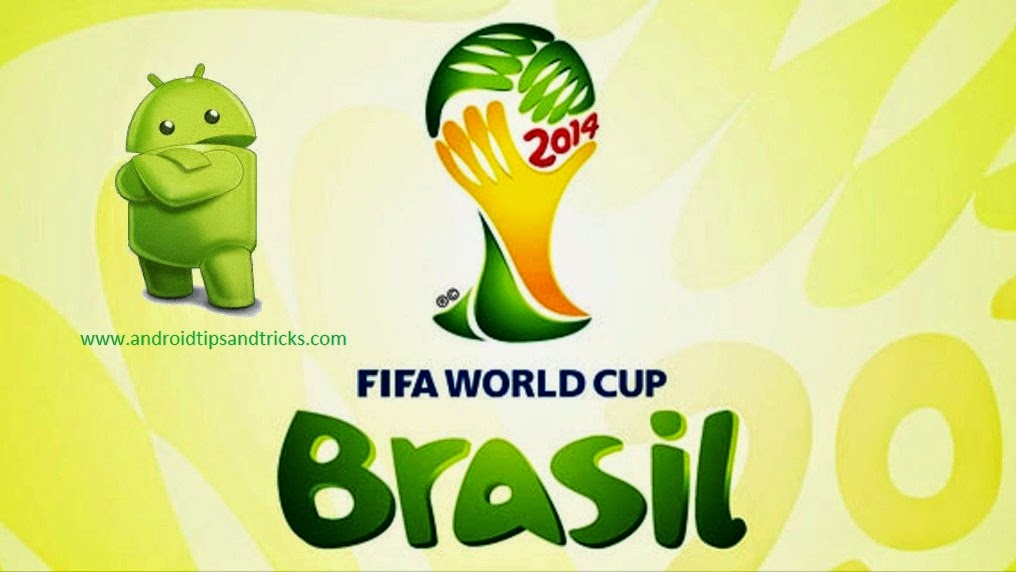 Football is one of the most popular sports around the world, and this time 20th edition of the FIFA World Cup has already been started so the fever has started for all football fans.
The tournament in Brazil has started on June 12 this being the 20th edition of the FIFA World Cup.
To be updated with the most relevant information and latest news from the FIFA World Cup like ranking groups, scores, match schedules and more, we have chosen for you the best applications that you can use on your Android device and enjoy the game.

Onefootball Brazil seems to be the most successful application for tracking the World Cup in Brazil.
The application appears to be complete with live results, information about the participating teams, statistics, competition history, news, and more.
Onefootball Brasil for Android works also as a news aggregator, receiving stories from different sources like Goal.com, the Guardian and Sky Sports, as well as YouTube videos and tweets for goals and match highlights.
Its match section is very detailed including live statistics, push notifications, a live ticker for remarks and a fan zone to share your opinions with other supporters.
Besides all this, the app is free and available for download in Google Play Store .
The app requires Android 4.0 or up.

FIFA for Android was released a year before the start of the World Cup in Brazil.

The FIFA application for Android is one of complete for round ball sport’s fans and provides accurate information and scores from many of the world leagues, also there will be information from the tournament in Brazil. The application has 197 leagues worldwide, and users will be able to customize the center of matches of the national teams to pursue more competitions and clubs.

The World Cup section of FIFA notes the groups, qualification matches, match schedules, and other information about the host Brazil, its stadiums and cities. Regarding matches, FIFA will display an overview, the line-up and a list of match events as they happen. The FIFA app is not the most detailed of this selection, but it is suitable for official scores and basic information.


FotMob is the most popular Android app dedicated to football, with several million users.

The Brazil 2014 landing page will take you right to the point with three loops listing yesterday’s, today’s, and tomorrow’s matches. If you tap the alarm button at the top, you will be ready to choose the matches you desire to receive notifications for.

If you are a football fan I think you already know this app so if you do not have it yet, you can download it for free from Google Play store on your device running Android version 2.3 or newer.


Adidas 2014 FIFA World Cup LWP app is a live Wallpaper (LWP) perfect for all football fans, equipped with the logo of the official FIFA World Cup and the national flags of all the countries taking part in the sporting event.
Every time you unlock your Android device with this application, it will start a short animation that will take you from space to the center of Rio de Janeiro’s Maracanã Estádio, revealing Brazuca, the official ball.
In addition to time and temperature there are many other features that you can test by downloading it directly from Play store on your Android devices. Requires Android 2.3 or up.
There are many other applications that you can use on your Android device for the most important football event of this year, and we are curious which one you will choose, so do not hesitate to share the best application that you strongly recommend to other football fans.