How to customize boot animation on Android

Getting bored by seeing the same boot animation on your android,now its time to play with your android device by changing its boot time animation , Since we know that android is a open source software and its allow a user to customize it to a great extent so list us make our android as we want it to be..
From first when we turn on our Android device what do we see is the Boot-animation.so lets know how to customize this animation and make our Android different....

Customizing the boot animation is Android can be done in two ways:-

if we talk about the first method of customizing the boot animation by Android File Manager ,
this method is quite complex and sometimes defficult for new user to implement it, there four we will use the second method by using Boot Animation App.

It is one of the best Boot Animation App which is use to customize your Android
This application is currently in a BETA testing stage, bugs and hiccups may exist. ROOT access is required and your device must be compatible with custom ZIP boot animations.

Boot Box does NOT support Samsung devices that are running a TouchWiz ROM with a boot animation in the .QMG format. You may solve this issue by flashing a custom ROM that supports ZIP based animations,
HTC devices must have S-OFF.

Some GIF previews may not be scaled properly, this is a common issue present when the animation has frames that conform to a 1:1 aspect ratio. Thank you for all of your feedback.
Please consider emailing me before leaving a negative review, Boot Box is a work in progress and is only currently available to showcase an idea, enrichment via the addition of animations will occur slowly as contributions are submitted. Don't forget that the features of Boot Box are free to use!

Note : This app require ROOT . if you are unaware of ROOT then click here

What is Boot Box?

Some features of the Boot Box App: 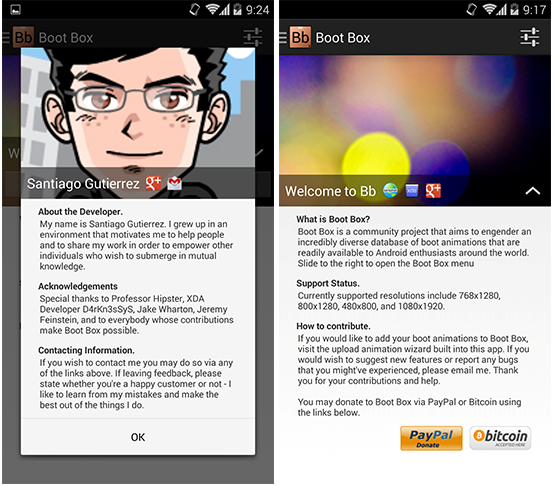 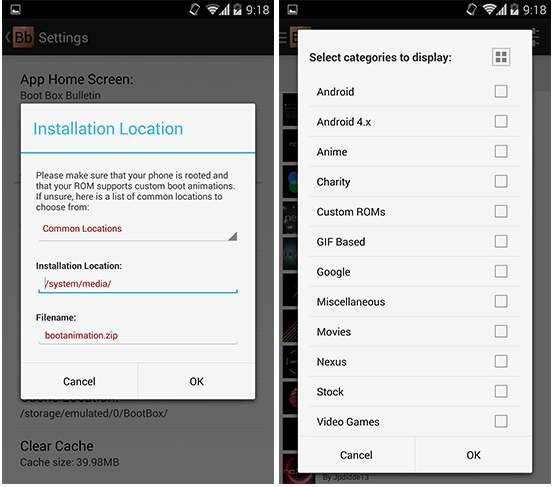 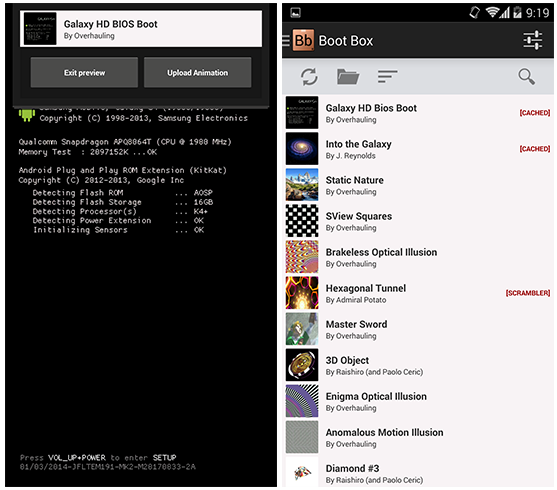 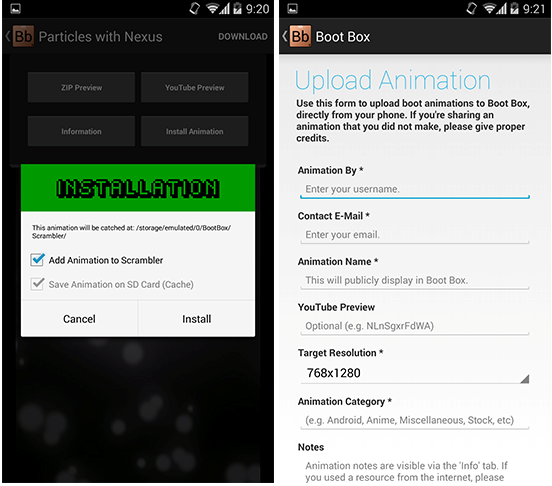