What is Android Rooting, PROS and CONS 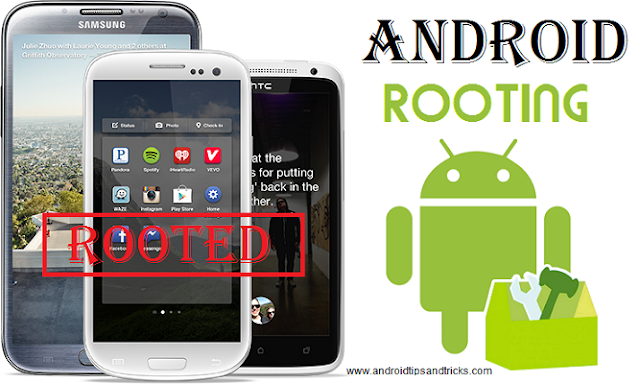 If you are having an Android phone and planning to customize it, first of all, you need to root your Android device.Rooting your android open a world of possibilities.


Rooting an Android device is equivalent to Jailbreak in Apple IOS. It is basically a modification process to the original system, in which the limitations are removed and full access is allowed.
Android phone is also designed with several limitations and restrictions by carriers or manufacturers for commercial concerns and also safety reasons thus this limitation can overcome by Rooting.
Rooting an Android device gives similar access to administrative permissions on Android Operating system thus resulting in the ability to alter or replace system applications and settings, run specialized apps that require administrator-level permissions.
Rooting installs the Superuser application, which supervises applications that are granted root or superuser rights by requesting approval from the user before granting the root access. Superuser provides administrator-level permissions to other applications.

There are essentially three potential cons to rooting your Android.

Root my Android or Not


So should you root your device? Basically, it is not necessary it totally depends on the user to user. If you are a normal android user then I think Rooting is not required since without rooting also android provide lots of features and customization
For advanced users, Rooting opens a world of possibilities where lots of things can be done with your device.
Anyway, the decision to ROOT your Android is one that should not be rushed into, Before proceeding read the instruction carefully the follow the steps as mentioned.